What You Need to Know About Nipple Piercings 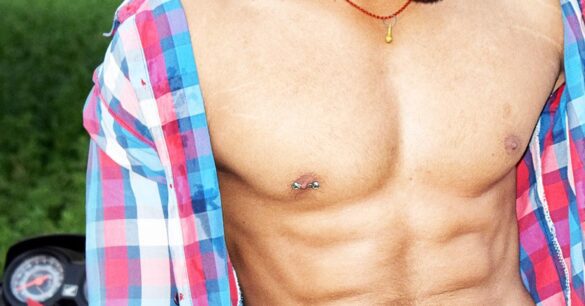 A nipple piercing is a piercing in the nipple, usually done on the areola.

This is when a ring or barbell passes through both the nipple and the areola, which can be done with or without an accompanying vertical labret piercing.

Nipple piercing is a form of body modification that has been practiced for thousands of years.

There are many different types of nipple piercings, each with their own history and cultural significance.

The most common type is the female nipple piercing, also known as a “nipple ring”.

The history of the nipple ring can be traced back to ancient Greece and Rome where it was used as a symbol of status or power.

In some cultures, such as in India and Africa, they are seen as an affirmation of femininity and fertility.

The use of breastplates during battle in classical times also led to an association with military prowess.

The pain level of a nipple piercing varies from person to person, but it is generally considered to be one of the more painful piercings.

There are several factors that can contribute to the level of pain, including the location of the piercing and the individual’s sensitivity.

Nipple piercing healing can be a bit of a process, but it is important to be patient and follow the aftercare instructions given to you by your piercer.

The most important thing to remember is to keep the area clean and dry, as this will help to prevent infection.

Avoid using harsh soaps or cleansers, and opt for a gentle, fragrance-free option instead.

You should also avoid touching or picking at the piercing, as this can lead to irritation and delay healing.

In general, it takes around 4-6 weeks for a nipple piercing to heal completely, but every person is different so it is important to listen to your body and give it the time it needs.

One of the biggest risks associated with nipple piercing is infection.

This can be caused by bacteria that may be present on the piercing equipment or on the person’s skin.

It can also be caused by contact with other people’s blood or body fluids.

Infection can lead to a number of problems, including scarring, discoloration, and even loss of the nipple.

Another risk associated with nipple piercing is bleeding.

Nipple piercing is a popular form of body modification that is seen as aesthetically pleasing by many people.

It can be performed on either men or women and is a relatively safe procedure when done by a professional.

Although there are no official statistics, it is estimated that around 10% of the population has had at least one nipple pierced.

There are a number of reasons why people might choose to have their nipples pierced.

Some do it for fashion reasons, while others see it as a way to enhance their life.

Nipple piercings can make more pleasurable for both men and women, and they can also make breastfeeding easier.
They are often considered to be a symbol of femininity.

If you’re thinking about having your nipples pierced, it’s important to do your research first.

What is the reason for piercing nipples?

There are many different reasons why people might choose to get their nipples pierced.

Some people believe that it enhances pleasure, while others might see it as a way to express themselves.

Some women get their nipples pierced in order to make breastfeeding easier, since the piercing can help increase the flow of milk.

And for some people, the act of getting their nipples pierced is simply a means of expressing their own individual style and personality.

What Do Nipple Piercings Say About You?

There’s no one answer to this question, as nipple piercings say different things about different people.

Some might get them because they find them visually appealing,

while others might see them as a symbol of empowerment or strength.

Still others might simply enjoy the sensation of having their nipples pierced.

Whatever the reason, nipple piercings are becoming increasingly popular, and it’s important to understand what they mean before getting one yourself.

If you’re not sure whether nipple piercings are right for you, ask yourself why you want them and what you hope to gain from them.

How Much Does Nipple Piercing Cost ?

One popular way to pierce nipples is with an 18-gauge needle.

This requires a small amount of tissue to be removed from the nipple, so the overall cost tends to be higher than some other methods.

The average price for this type of nipple piercing ranges from $50 to $70.

Another common way to pierce nipples is with a barbell.

This is done by making a small incision in the nipple and then inserting the barbell into the hole.

Nipple piercing is a type of body piercing that involves puncturing the nipple.

It is a relatively uncommon form of body piercing, but it has seen a resurgence in popularity in recent years.

There are a variety of different jewelry styles that can be worn in a nipple piercing, and the choice of jewelry can be quite personal.

Some people prefer to wear simple studs or rings in their nipples, while others like to use more elaborate pieces, such as barbells or chains.

In recent years, the trend of nipple piercings has been on the rise.

The trend can be seen in many areas of fashion, from high-end designer clothing lines to streetwear brands.

Nipple piercings have been around for a long time and have traditionally been used as a form of female empowerment and expression.